Check out our list of the Top 5 Best Android Music Player with Equalizer 2017 Edition as we’re moving close to the end of this year.

Over the years, a lot of folks are becoming more dependable on their phones. More and more people are using their Android phones in their daily life such as browsing, streaming, downloading and listening to music.

When it comes to playing music in Android phone, the default stock music app player is ‘not that good’. However, the developers are adding more features on their app to make our experience the best of all.

If you have a huge collection of music and if the stock music app player is not enough, here are the list of the top 5 best Android Music Player with Equalizer 2017 edition which will give extra boost in the quality of the sound.

AIMP is light weight(only 3.79 MB) and top rated music player in Play Store which supports a lot of music formats even the rare ones such as .opus, .dsf .dff and .tta formats. AIMP is a no fancy interface but has a simple interface and gets the job done.

AIMP has many features including Equalizer, Scheduler which includes Sleep Timer and Alarm clock(letting you to suspend and resume playback on a given time)

The best part of this is that, AIMP is completely free with no in-app purchases whatsoever.

It’s confusing if you’re new to AIMP. After you install it, you have a blank page. To start off, you need to create a Playlist or use the Default playlist then click the plus sign “+” on the lower left corner then browse the folder in which your music is stored.

If you don’t care about the interface and care more about simplicity, then AIMP is the best for you.

BlackPlayer is a FREE elegant with a flat minimalist design. Unlike AIMP that supports many formats, BlackPlayer only supports 3 standard local music formats such as MP3, WAV and OGG.

But don’t judge this on how many format it supports because this music player has a lot of features. It includes built in Equalizer, Full audio control, bass boost and 3D surround visualizer.

You can also change themes, colors and font with this music player app. As of this writing, only 3 themes are available which is the Material Theme, Dark Theme and Futuristic Theme. To change theme, go to Settings > Now Playing > Theme.

BlackPlayer features also some gestures. When you’re in “Now Playing” mode, you can swipe to right to access the play queue. Swipe to left to access the list of songs in a playlist. Swipe up or down to change songs(like next-previous songs).

You can also edit the music with it’s tag editor. In this editor, you can edit the title, artist, album, genre and you can add or edit lyrics.

Next in our list of the Top 5 Best Android Music Player with Equalizer 2017 Edition is Pi Music Player.

Key features are built-in 5 Band Equalizer with Bass Boost, 3D Reverb Effects and Virtualizer and the ringtone cutter which lets you cut any songs on a specified time to make it your ringtone.

What I love about this player is that, it has a default album cover pic when there is no preset cover. However, if you don’t want the default cover, you can change this in the metadata editor as well as the title, artist, album and genre.

Well after trying Pi Music Player, I agree that this is the most Elegant with Stunning design Music Player.

Vortex Music Player is one of the rising music player star on the Play Store market today. What I like about this app is that, you can play and search music online absolutely for free.

It also has the feature of metadata tag editor just like the other mentioned above, cool equalizer plus bass boost which you can easily access by swiping to left when you’re in “Now Playing” interface.

According to the developer, it supports music download when you search online, however, after trying it, the download option is nowhere to be found. This could be great and if they put this option, I will definitely removed my Spotify.

I believe they cannot add the download option due to copyright issues. But overall, this is a great music player app which you can try out. 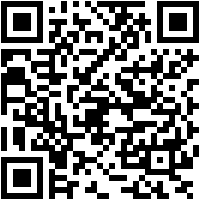 It play almost any type of digital music files which you can listen on a very high quality sound according to the developer. When I try this player though, the effects are superb like you can change the pitch, for example.

Most of the features are for “Plus Version” like tag editor however the basic one is good for testing the app. If you like the app, you can purchase or upgrade to Plus version approximately $4.

So that our top pick for the list of the Top 5 Best Android Music Player with Equalizer 2017 Edition. How about you? What’s your favorite music player for your Android phone? Did we miss something? Tell us by commenting below.

Hi, I'm the man behind this blog site. I love to write tutorials regarding Android. I hope you're enjoying my blog. Tell it to your friends!

This site uses Akismet to reduce spam. Learn how your comment data is processed.